During Digital Technologies this term, I have worked with my year 9 students using BBC micro-bits. Previously I’ve blogged about what is is, my experiences when programming and building a milk bottle robot and teaching ideas for using the BBC micro-bit. In this blog, I’d like to share my success.

Students began by learning how to program them to complete simple tasks such as displaying ‘hello’ or a flashing love heart. 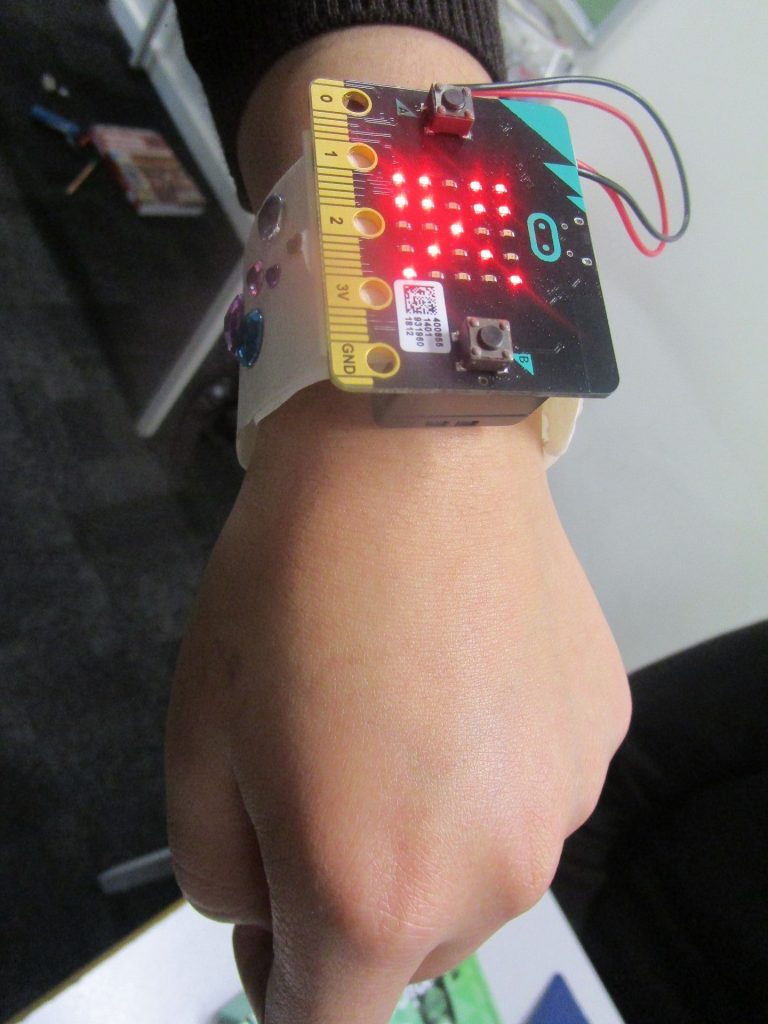 Then, they moved onto activities which enabled them to perform more hands-on tasks. For example, students programmed the BBC micro-bit to play the well know ‘Rock, Paper, Scissors’ game by programming the motion sensor. They then attached the micro-bit to their arm before playing the game, wearable technology!

Students also programmed their micro-bit to test the moisture level of soil, making connections between Technology and Science. The soil itself has some electrical resistance which depends on the amount of water and nutrients in it. It acts like a variable resistor in an electronic circuit. The combination of water and soil nutrients makes the soil have some conductivity. So, the more water there is, combined with the nutrients, the less the soil will have electrical resistance. To measure this, they read the voltage pin using analogue read pin which returns a value between 0 (no current) and 1023 (maximum current). 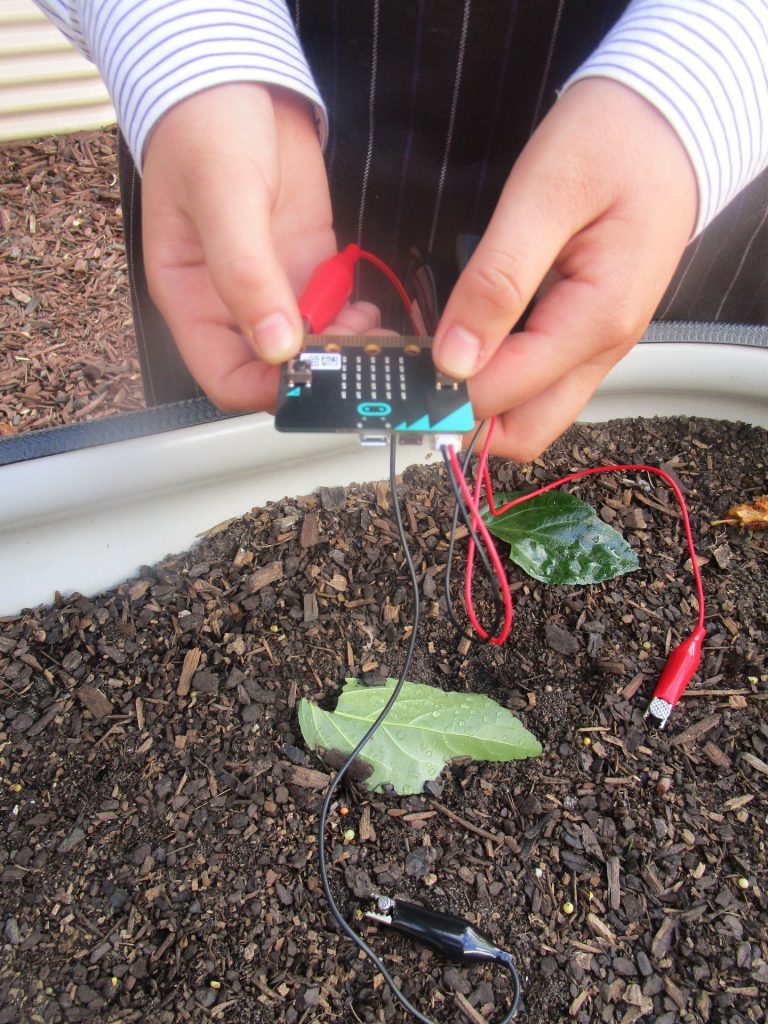 Then they build their own robots out of recyclable materials and old computer parts. The building process involved a lot of engineering skills, especially trying to work out how to attach the motor to the mouth for it to open and close. Once students had built their robot they needed to wire up the servo (motor), code the light sensor and then calibrate the servo. Students found that they had to adjust the light levels depending on the light source being used, for example a torch or flashlight apps on their mobile phones.

Two of my students then took the process a little further by creating a character profile for their robot, Sir Jefferson III.

“We decided that Sir Jefferson III was born in Ireland in the year 1900. Sir Jefferson was knighted after rescuing 7 cats from a tree (which is quite the impressive feat). He was the test subject of an experiment in which his mind was to be transplanted into a robot’s body as to prolong human life. The experiment however went wrong as Sir Jefferson III no longer feels emotions but now has a burning desire to create more humanoid robots to conquer all of Ireland, The End”(Emily and Molly). Below is a rear and front view of Sr Jefferson III and just above the images, a short video of another student’s robot. 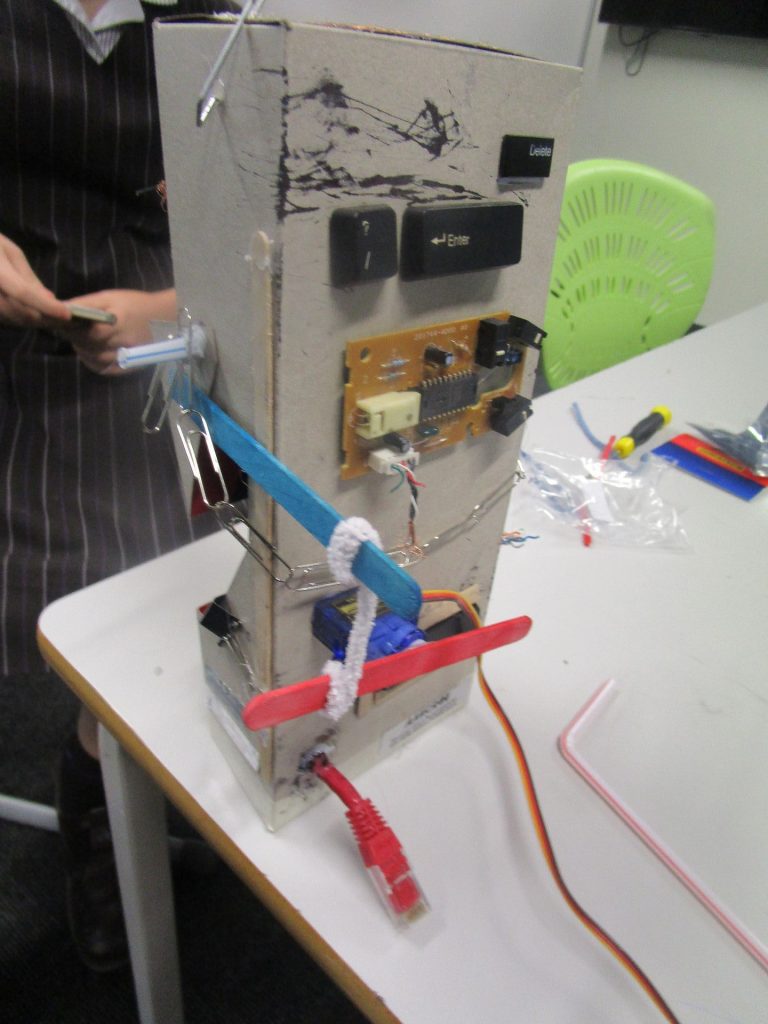 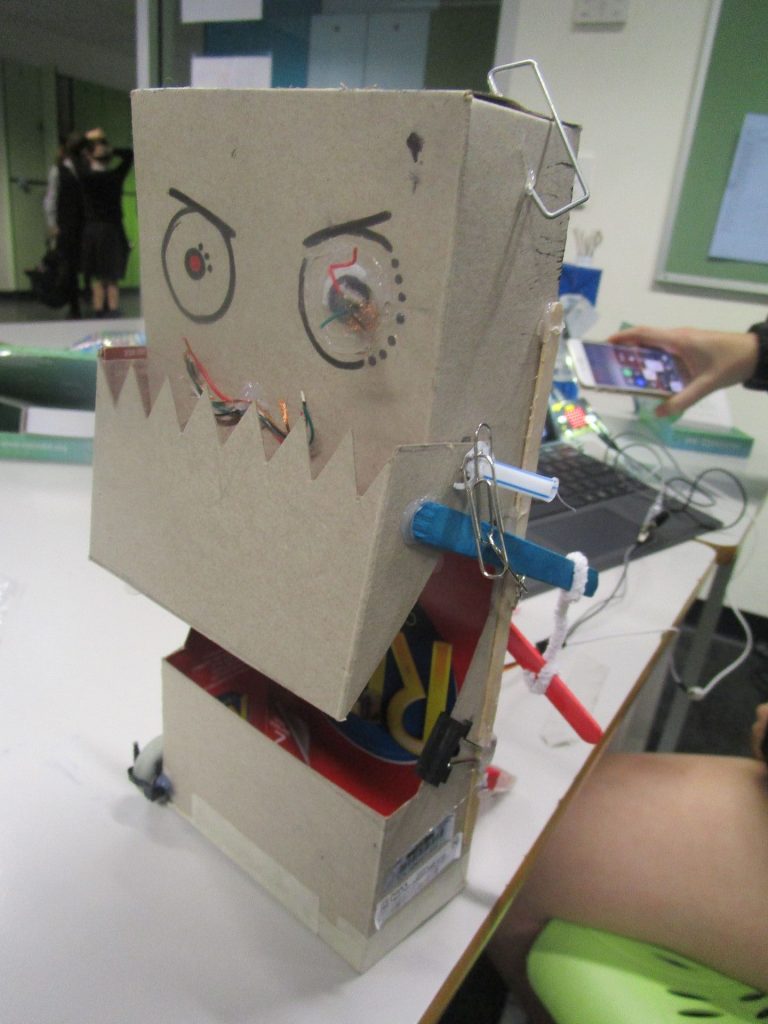