I’ve been running this program with year 5 classes for the past four years and students, as well as teachers are still inspired, not only by the creativity and problem solving involved, but the spirit of community.

In 2012, a chance encounter between a filmmaker and a nine-year-old entrepreneur sparked a worldwide movement celebrating creativity, play and the power of imagination. On the last day of summer, Nirvan Mullick met Caine Monroy, a 9-year-old boy who built an elaborate cardboard arcade inside his dad’s East LA auto parts shop. Nirvan was Caine’s first customer. Amazed by the boy’s creativity, Nirvan organized a flash mob of customers to surprise Caine and make his day. Then he made a film about it: https://www.youtube.com/watch?v=faIFNkdq96U

Caine’s Arcade’ charmed the world with its message of creativity, hard work, perseverance, and community, and how a simple act of kindness could lead to wonderful and unexpected outcomes. Widely cited as one of the most inspirational stories of 2012, the 11-minute film has been viewed over 8 million times, sparking a wave of cardboard creativity from backyards to classrooms around the globe.

Our year  5 students were again inspired by the film this year.  They designed and created arcade games from boxes and recyclable materials as part of their design technology program. They set up their games at lunch time and students CAME TO PLAY! Year 5 students shared their games as the courtyard was filled with enthusiasm, kindness and spirit. 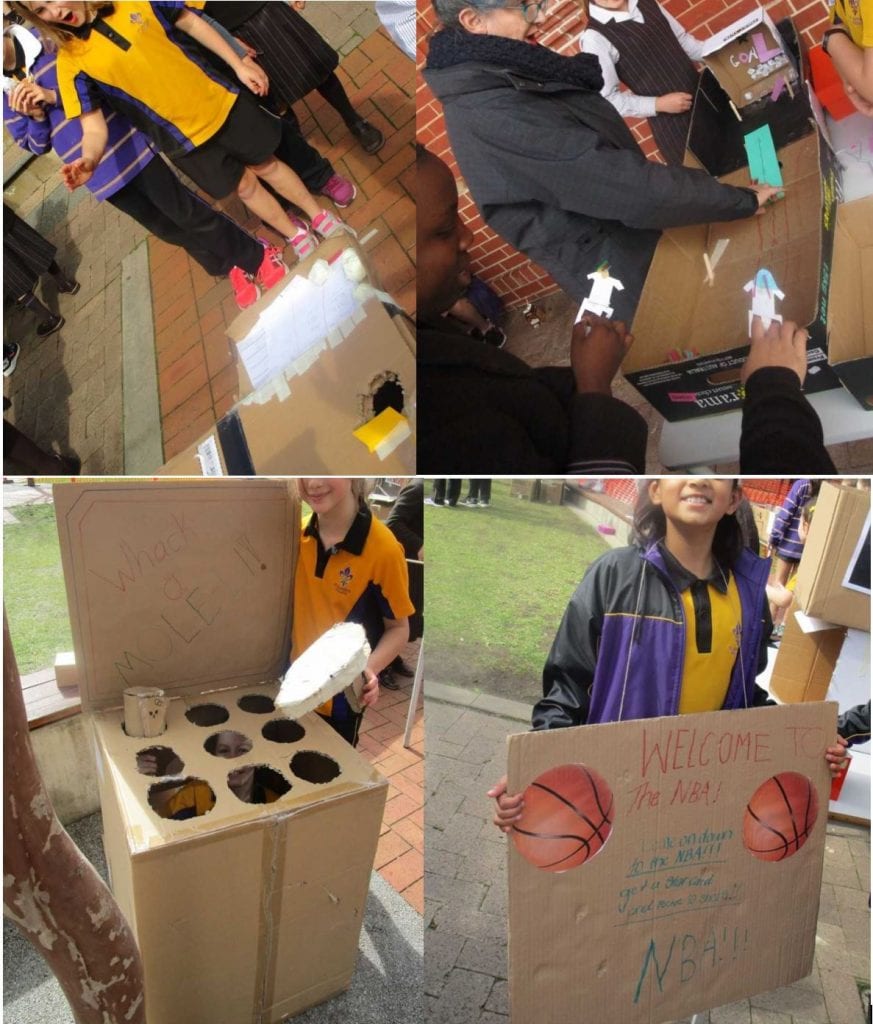